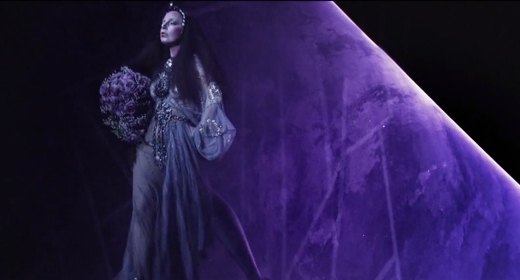 ‘No matter black, white or beige’:
The Negation of Race as Cultural Difference

Previous | Table of Contents | Next

While Gaga’s conceptualisation of rebellious darkness as emanating from within the female cultural body may seek to emancipate women of all cultures, her portrayal of cultural ‘blackness’ as a radically empowering concept can also be understood to actively negate the racial and ethnic connotations of ‘black’ cultural identity. This negation of race as a point of cultural difference also features within Gaga’s work through her attempts to convey multi-cultural narratives or to empower listeners who may be culturally disenfranchised by overtly white Western privileged discourses. Although these are ambitious goals, Gaga’s work often fails to convincingly erase race as a point of cultural difference, reducing these efforts to examples of cultural appropriation. [For a review of cultural appropriation in recent pop music, see (Lang, 2013).]

The active negation of race as cultural difference is first outlined by Gaga in her 2011 single, ‘Born This Way’. The song aims to inspire the listener by reassuring them that any form of cultural difference, be it disability, religion, sexuality, ethnicity or race, can be transcended through self-acceptance. Gaga argues in the bridge, ‘You’re black, white, beige, Chola-descent, you’re Lebanese, you’re orient […] Rejoice and love yourself today ‘cause baby, you were born this way’. (Gaga, 2011b; 2.49-3.01) Here Gaga’s attempts to empower racial minorities are realised by reducing ethnic identities to a spectrum of colours that are each stripped of their independent cultural significances. However, Gaga’s efforts to engender equality appear to actively downplay the centrality of cultural traditions or racial tension to the construction of racial identity. In ‘Born This Way’, diversity is obviated in order to promote cultural unity but this social equality only appears possible via the reconceptualisation of minority racial identities as aspiring towards privileged whiteness. Similarly, other examples of exploring or inhabiting racial identities within Gaga’s music also typically return to their emulation or influence on dominant cultural identities.

In the ARTPOP track ‘Gypsy’, Gaga appropriates the Romani identity as she considers her life as a globetrotting performer that makes any country her home ‘just for the day’. (Gaga, 2013j; 4.01-4.03) While she sings ‘I don’t wanna be alone forever / But I love gypsy life’, (2013j; 0.36-0.42) ‘Gypsy’ fails to consider the historical persecution or cultural traditions of the gypsy community and instead merely portrays ‘gypsy life’ as an exciting and culturally transgressive concept. Similarly, the narrator of ‘Black Jesus † Amen Fashion’ is inspired to reconsider her life as she watches an African-American male model on the catwalk. According to Gaga, the song directly links the aesthetics of the individual with cultural empowerment as she argues, ‘it’s all about saying a new way of thinking is as easy as putting on an outfit’. (Serpe quoting Gaga, 2011) Just as the ‘blonde pop icon’ can be liberated from traditional media discourses by connecting with the ‘blackness’ that resides within them, the inspiration of ‘Black Jesus’s narrator by the black model can be read as a cultural appropriation of his ‘transgressive’ visual identity.

The narrator’s ‘trying on’ of the black model’s cultural identity as if it were a garment simultaneously erases the model’s personal connection to his ethnicity and reinforces the portrayal of darkness within Gaga’s work as an unsignified cultural concept with no connected heritage or identity. While ‘blackness’ may have previously held racial connotations for the narrator, her cultural epiphany and subsequent reconsideration of the world around leads her to reject these notions as she explains ‘Old symbolism was left behind’. (Gaga, 2011a; 1.43-1.48) Although Gaga’s protagonist may be able to ‘leave behind’ the cultural legacy of African identity, the silent figure of the black model is not given the opportunity to disagree.

This portrayal of alternative ethnic identities as both socially derivative and culturally accessible to white Western discourses comes to the forefront in ARTPOP track ‘Aura’. Immediate criticism following the song’s release accused Gaga of attempting to sexualise the cultural persona of the burqa-wearing woman, the arguments for which are concisely summarised by Mariam Elba. (2013) However, I believe that Gaga in fact employs the metaphor of the burqa to explore her own experiences as a ‘blonde pop icon’, the eponymous ‘aura’ representing the media-constructed identity imposed upon her. While ‘Aura’ may incidentally comment on the cultural difficulties faced by Muslim women, the central focus of the song is clearly Gaga’s own life. Although the song’s opening line, ‘I’m not a wandering slave, I am a woman of choice’, (Gaga, 2013f; 1.11-1.17) can be read as a powerful feminist statement on the cultural perceptions of the burqa, the metaphor destabilises in the chorus as Gaga communicates directly with the phallocentric discourses that seek to control her as she sings, ‘Do you wanna see me naked, lover? / Do you wanna peek underneath the cover?’ (2013f; 1.41-1.50)

Just as media discourses have attempted to utilise Gaga to express their cultural ideologies so too Gaga appropriates the burqa wearing woman identity to express her own narratives. Once again this suggests that the cultural emancipation of the ‘blonde pop icon’ from media discourses is made possible by her ability to utilise them for her own agenda, suggesting that each and every woman must orchestrate her own emancipation from cultural manipulation. Gaga directly addresses her cultural appropriation of the burqa within ‘Aura’ as she explains, ‘Enigma pop star is fun, she wear burqa for fashion / It’s not a statement as much as just a move of passion’. (2013f; 2.18-2.32) Here Gaga attempts to depoliticise her appropriation of the burqa as a transgressive symbol. By arguing that the entire effect lacks a conscious meaning, a ‘move of passion’ without an underlying political agenda, Gaga exemplifies her ability to appropriate any symbolic form of cultural transgression (whether it be darkness, sexuality, ethnicity or even the ‘blonde pop icons’ before her) in order to articulate the nature of her daring lifestyle that rejects any form of social regulation.

In the search for feminist emancipation Gaga’s music implies that any form of cultural darkness can serve as a viable source of radical potential, whether it may be the darkness of the night, the personal self or even the cultural isolation conferred by the burqa. Within Gaga’s work the associated ethnic identities related to the cultural symbols such as the burqa or ‘black’ culture become lost amidst the opportunities for cultural rebellion, their appropriation depicted not as a conscious process but as a by-product of the empowerment of the self. While racial identity is negated as a point of cultural difference, primarily because it is reduced to a raw material that can liberate the privileged ‘blonde pop icon’, Gaga’s music does position racial minorities in empowered or influential roles. However, little consideration is neither given to how these minorities may achieve their own cultural emancipation nor how their specific relationships with cultural darkness may affect it.

Previous | Table of Contents | Next

Gaga, Lady (2011a) ‘Black Jesus † Amen Fashion’, Track 9 from the special edition of the album Born This Way. Written and produced by Stefani Germanotta and Paul Blair. (California: Interscope Records.)